Why Do I Keep Hitting My Driver Low? Our Research and Tips to Stop You From Rushing

If you are wondering why your driver’s ball flight is lower than you would like, you have come to the right place.

As golfers, we tend to want to know the answers to these types of questions. Instead, let us do that for you and help you understand the reasons why your driver launch angle is quite low. Keep reading because, with a few golf tips from the Tell Me More Golf team of experts, you will be able to achieve your desired trajectory. 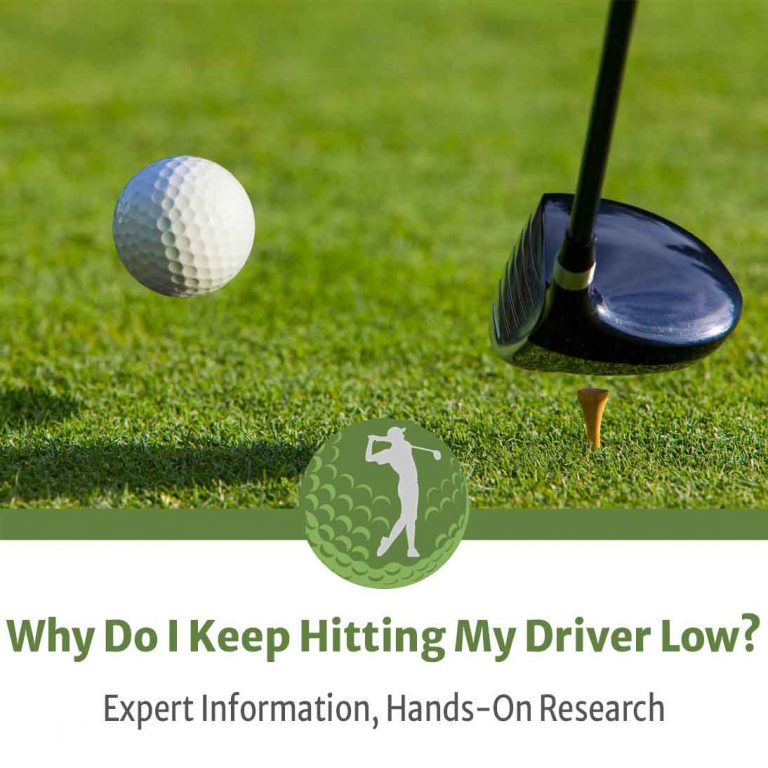 How To Hit Golf Ball Higher With Driver 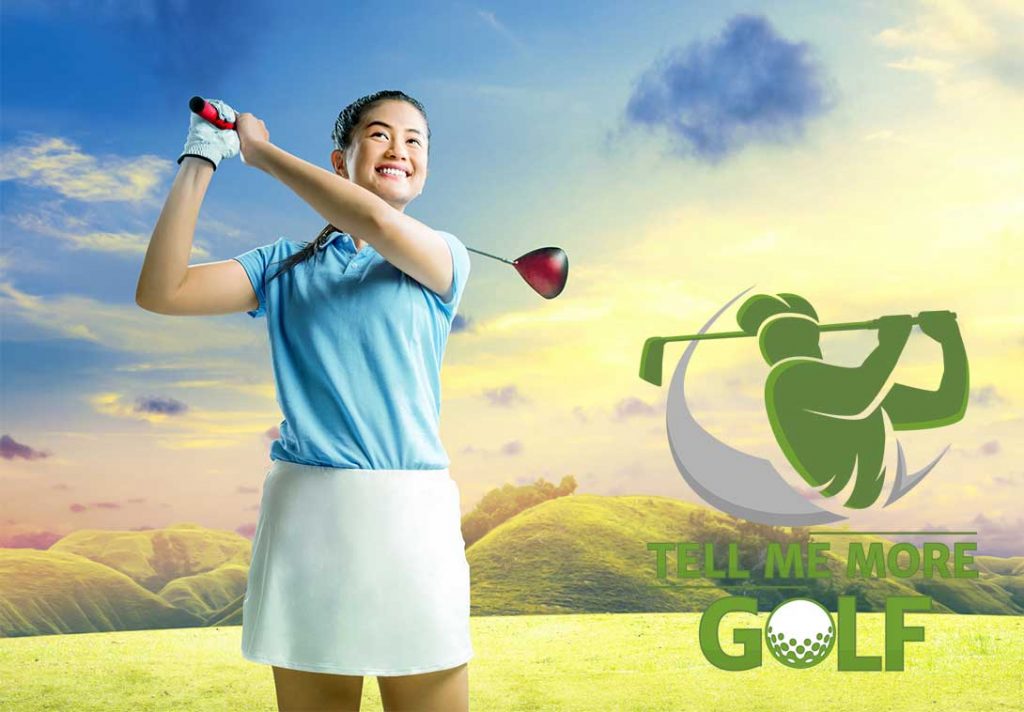 Ok, that was a lot to throw out at once. The good news is that generally this is a very fixable problem that can be solved with simple drills or setup changes. Let’s dive into these one at a time.

Have you ever been so excited about the golf season starting that you run to the range as soon as it opens to crush a few with your driver? However, now your tee shots are not coming off the face like last year and it feels like the ball is near your back foot and has too much backspin. Ball position is paramount with the golf driver and is key to quality and consistent impact position. Check these few setup keys for good ball position:

* The ball should be aligned with the instep of your front foot. The left heel is a good guidepost if you are one who flares out your lead foot.

* You should be able to see the driver’s clubface.

* With the ball up in your stance, your upper body will naturally tilt away from the target (do not exaggerate this as it should happen as a result of your proper setup.

The Fix: Use another golf club or alignment rod to practice proper ball position until it feels natural. It should feel as though you can take a normal swing and make contact with the ball on the upswing.

Perhaps you have made swing changes, developed a strong grip, or you are nervous to play a new golf course. Whatever the case may be, everyone has a tendency at times to rush the backswing. This common problem among amateur golfers causes a quick transition in your downswing which can lead to delofting or a downward angle of attack. The result of this flaw is likely to be a strike with low trajectory and a fair amount of backspin and/or sidespin.

The Fix: Practice finishing your backswing by turning your lead shoulder (left shoulder for a right handed golfer) behind the ball in your backswing. It should feel as though you have made a full turn with your upper body and pelvis.

You are looking for more ball speed so you can hit bombs and play your best golf so you go out and get a new driver. If you did your research you should be all set. Just let a new car, it is going to take a little while to get the hang of your new driver. Stick to the fundamentals and focus on finding the sweet spot.

Sometimes we have all of the fundamentals right but we still have the wrong club in the bag. Perhaps that old Titleist driver is no longer a good fit for your game. Whatever the case may be, have some expert eyes take a look. If they see a solid swing and the results still are not there, it may be time to blame the club.

The Fix: With a new driver, try experimenting with tee height while you get used to it. A new clubhead to look at is an adjustment and a ball teed up higher or lower might give you the needed confidence. If you have the wrong club, this is the time to get a new one. Visit GlobalGolf as they have an inventory to fit all budgets.

The Need for Speed

Launch monitors these days are so advanced that they can quickly tell your trajectory and swing speed if you cannot get to the course. Even if you do not have access to this technology and you are hitting your driver low and wondering why, the likely cause is lack of speed for the club you’re playing. The Tell Me More Golf experts wrote a great article on choosing the right shaft that can help.

The Fix: If you swing less than 95 MPH and hit the ball too low, you either need to loft up or get a more flexible shaft. In some cases, you may need to do both. 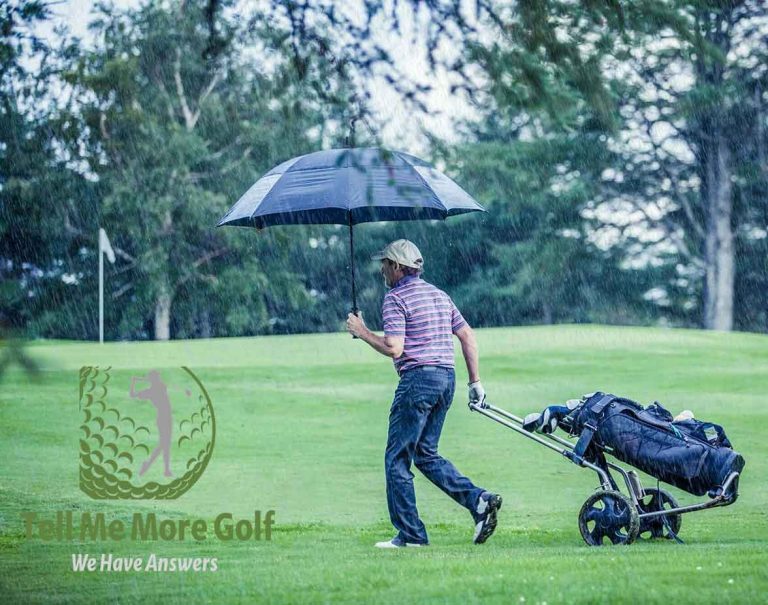 But at 460 cubic centimeters today’s drivers have plenty of room to catch the ball somewhere on the clubface. Even when we tee the ball up higher, catching it a little low on the face is normal. Plus, if you are going to have a mishit, lower on the face would be preferred even by PGA Tour standards. A strike low on the face is going to travel lower, but typically will still stay in play but you will just lose some yardage.

If you are consistently hitting it low on the face there are a few potential causes of this:

On the PGA Tour, the average professional golfers are trying to hit drivers with a high trajectory and minimal spin. This allows for less side spin and backspin and more rollout when it lands. There are some tips you can pick up from them that will help you hit some high bombing drives and be the envy of your group.

I worked with Butch Harmon’s son, Claude Harmon III, for a little while down at his facility north of Jupiter, FL. As I had been working out a lot, it created the need to make sure I was still fundamentally sound with my swing. Normally, we would work on honing in the iron game, but then my driver swing started to get unreliable.

What we found on the video will highlight a few points from this article. As I had gotten stronger, my swing got slightly shorter. This created a different transition and release which meant a lower trajectory with a weak left to right tendency. I also had some lower back pain that caused me to come out of some shots. What we worked on for the next three hours can help you hit higher, longer drives that are more likely to find the fairway.

So what did we do to fix it that can help you? The first thing Claude did was take the longest tee he could find and teed the ball up as high as possible. He told me to hit the ball as high as possible. What actually happened was the ball flew dead straight and had a perfect trajectory. What he corrected was the release of the golf club. The proper release is when the right hand (for a righty) travels underneath the other hand. Too many people try to rotate their forearms to square the club which leads to inconsistency and a slice.

Once we fixed the release, we worked on staying in the shot or holding my posture. To do that, Claude held a club under my chin and the goal was to have my left shoulder rotate underneath on the backswing and my right shoulder to travel underneath on the downswing. This forces you to stay in the shot which is key to consistently squaring the clubface.

The third item we worked on was the role of the lower body. Like many golfers, I was not using my hips and legs to my advantage. They were tight and static and our goal was to get to a point where I could maintain the width of my knees in my golf swing. This helps your swing stay on plane and guides you to hitting up on the ball. To do this, Claude put a club touching the inside of my right knee (again, I’m a righty). The goal was to rotate and not hit the club in the downswing. If I hit the club, I shifted too much laterally and lost consistency.

Why am I hitting my driver low and left?

There are two main possible reasons for this:

1) Your downswing is over the top so your club is traveling out to in and your clubface is closed. The ball starts low and goes left of the target. Check your alignment and grip as these could be the cause. Make sure your stance is not closed in relation to your target line.

2) Your shaft is too stiff. This does not allow the club to flex and release which can cause a low, left shot for a right handed golfer.

How high should I hit my driver?

The optimum launch angle on a driver is 12-14 degrees. This means if your driver has 11 degrees of loft, you should be hitting up on the ball by 1-3 degrees.

How do I stop hitting my driver so low?

Why does my driver hit low?

There can be a number of reasons but more people are either using the wrong equipment or have a swing flaw that we have mentioned in this article. Coming over the top, or playing the ball too far back in your stance are also very possible causes.

How do I stop hitting my driver into the ground?

If you are hitting your driver into the ground, try focusing on your trail shoulder (right shoulder for right handed golfers). Make sure your shoulder is working down and under your chin. This helps level the club through the hitting area.

Why am I topping my golf drives?

Fundamentals. Work on your posture, grip and alignment. Once those are okay, make sure your takeaway is more wide than it is narrow. Practice getting all the way to a balanced finish. Work on these to eliminate topped drives.

There are areas of your game where you need expert guidance. Consistently hitting a driver (and other clubs) low on the face is one of them.

The Tell Me More Team has consolidated its decades of experience to help you. There is not simply one explanation or fix, however, oftentimes the fix requires simple adjustments or awareness of your swing. If you continue to struggle with low drives, reach out to our experts for more tips on how to play your best golf. We are here to help!