Blade Vs Mallet Putter: Which One Is the Best Club for You?

Blade putters have been around for a long time and have proven to be a dependable club for golfers of all levels. But the mallet is gaining ground fast and becoming more and more the popular choice for pros and beginner golfers alike. Why the shift? Is the mallet better than the blade putter? And most importantly, which of the two will be the most suitable for you?

After arduous research, the team here at Tell Me More Golf can finally tell you why most golfers are going for the mallet, which putter is the best for beginners, and the top putters you should have in your bag if you’re a high handicapper. 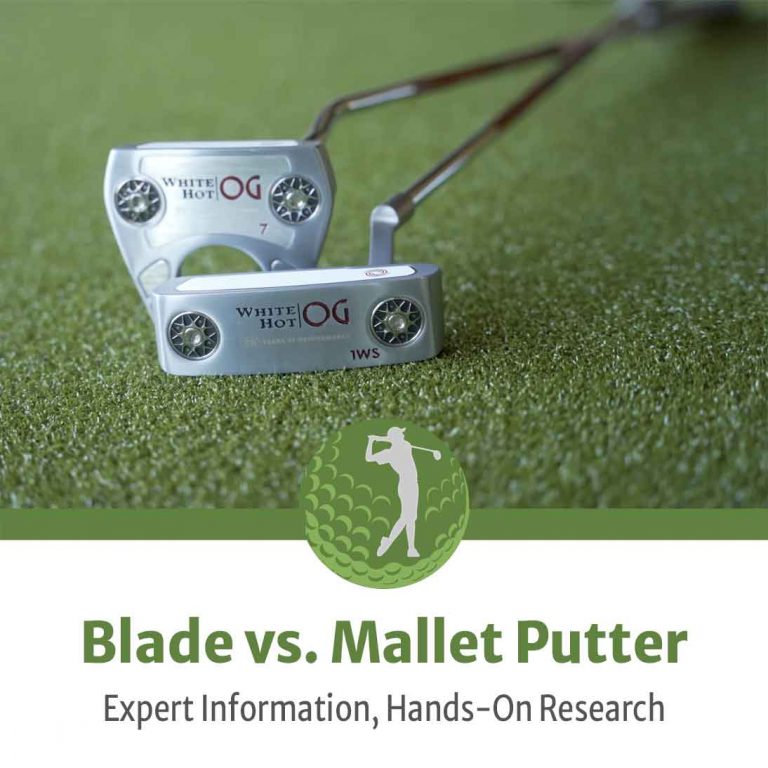 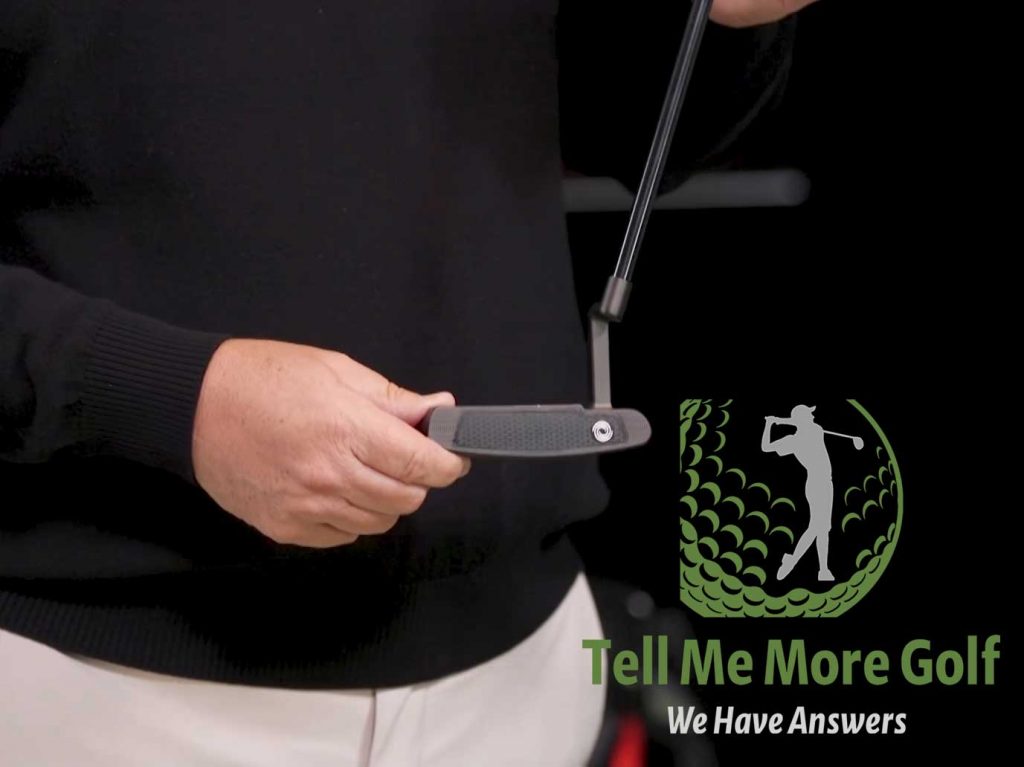 While golf technology is constantly changing, the blade vs mallet putter controversy is constantly seeing new design elements. The top manufacturers in both categories are constantly trying to outpace one another. We’ve seen the classics like the Ping Anser, Callaway Odyssey 2-Ball, Scotty Cameron Newport, Cleveland Huntington Beach, and so on.

New models, like the TaylorMade Spider, are continuously being released. The question that remains is, what are the advantages and disadvantages of both blade and mallet putters? Which style of putter should you buy? How do you decide which one is better for you? Let’s find out:

Blade Putters: What Are they?

The blade putter is a club that has a traditional design with a narrow rectangular blade. They have been used by pros on the PGA Tours long before the mallet putters became popular. Unlike a mallet-style putter, a blade putter typically has a smaller profile, with the clubhead being slightly more concentrated as opposed to the extended clubhead in the mallet head design. This design allows for a smaller sweet spot and less forgiveness, making them a little difficult for beginners to play with.

The alignment is maybe an inch, so if you struggle with alignment, this club may not align well with your game. Naturally, the blade putter is best if you have an arc stroke (where the putter face rotates open at impact and closes towards your target, resulting in a slightly curved stroke). This putter is also excellent for fast greens and is the choice for more experienced golfers.

Pros of the Blade Putter

Cons of the Blade Putter

Mallet Putters: What Are they?

The mallet has a face-balanced design as opposed to the toe-hang balancing design of the blade putter. Unlike the blade-style putter, a mallet putter has a broader design, meaning that it’s wider on most sides of the putter, especially width-wise. They have longer alignments, making them an excellent choice for those that struggle with alignment. Mallet putters have much larger club heads, which explains their superior forgiveness and higher MOI (moment of inertia).

Weight is dispersed over a larger area, making them more stable during a stroke. Their face-balanced head gives them little face rotation, making them suitable for golfers with a straight-back-and-through stroke path.

As you can see, the mallet putter is best suited for beginners with a straight back, straight through putting style. But there are a few more benefits to using a mallet – along with some cons to be aware of:

Pros of the Mallet Putter

Cons of the Mallet Putter

As a high handicapper, you should choose a mallet putter.

Choosing a specific putter shouldn’t be difficult. There are lots of good options out there to choose from. If you’re not sure which one is suitable for you, consider these two:

The Taylormade Golf Spider Putter is arguably one of the most popular mallet putters out there for high handicappers. And for good reason. The Taylormade Spider S spots a premium look with high levels of stability and forgiveness. It’s a mallet putter, so you can expect better alignment in addition to the forgiveness.

The putter features the new TruPath alignment to help golfers strike the ball consistently on the greens. It has a face-balanced putter design, so if you have a straight back and through stroke, it’s a great option. The aluminum insert provides a crisp sound when you hit the ball, instilling confidence at the back of each strike.

The next on the list is Callaways’ gift for beginner golfers. This putter is a mallet just like the Spider S, meaning that it isn’t too punishing for golfers who are struggling with maintaining consistent strikes. The putter also has a great feel and thanks to its alignment tools, its alignment is quite easy.

Callaway introduced stroke lab weighting in the Odyssey, a new technology that redistributes weight away from the shaft and towards the head and grip-end of the putter, which makes it easy to get consistent strokes with the putter.

Mallet Or Blade Putter For a Beginner?

Mallet putters are described as having a “half-moon” profile, due to them having a round, square figure. Weight distribution is spread over a larger area in mallet putters, creating a more stable putter head and larger sweet spots, making it easy for beginners to use. In addition, the face is also more balanced, which helps reduce twisting during a putting stroke. As a result, the mallet putter is the most suitable golf club for beginners because it’s more forgiving than blade putters. It also gives you better distance control, reduces clubface twisting, and a better chance of hitting the sweet spot due to the larger clubhead.

Some mallets are very large, and so might feel too bulky, which can affect your ability to putt. Fortunately, there are smaller and mid-sized mallet putters. These putters provide the same level of forgiveness plus a better feel and less weight. Mallet putters will be better suited to you if your stroke style is the famed straight back, straight through putting style. If you’re a golfer with arc stroke putting, the mallet putter may not be as suitable as blade putters. Most beginners with this type of stroke have found the blade putter to be a better option. And if you’re playing on a fast green, the best putter will be the blade putter as it’ll make it easy for you to putt the golf ball to reach the hole.

Remember putting is a personal thing, so the best golf equipment would be one that gives you confidence and feels good. However, you also need to pay attention to your putting strokes, since that can affect the type of putter you can choose.

Double Wide Putter Vs Blade: Which is Better?

The double wide putter is similar to the blade putter but comes with additional weight in the head, which leads to higher MOI. This optimal MOI makes for more forgiveness and consistent rolls off-center strikes, which is absent in traditional blade putters.

The wider construction in DW putters provides engineers the leverage to include more aids to ensure better alignment.

Putter manufacturers have maintained the traditional look of the blade putter in the double wide putter, adding an extra piece to the back to make it more forgiving and with better alignment.

Double Wide putters, like the Odyssey Stroke Lab Triple Track, even come with alignment features like the Vernier HyperAcuity, which helps improve the golfer’s ability to read the line. The double wide putter is targeted to golfers who want the narrow design of the blade putters and the forgiveness of the mallet putters, which is what the double putter is able to achieve.

Because of the additional weight and technology, the double wide putter is generally more expensive than the blade putter.

You may also lack feedback at impact because of the extra weight, and that’s where the blade putter shines. Along with better distance control, blade putters will also give you a better feel than a DW putter. If you’re an experienced golfer and don’t mind less forgiveness, a blade putter is still a serious contender.

While the amateur golfer will be excited about the alignment and forgiveness on the double wide putter, the pros will be more concerned about the feel and superior distance control that blade putters provide. Finally, make sure you consider your stroke style when choosing. If you have a strong arc stroke, for instance, a double wide putter may not fit you.

Which is better blade or mallet putter?

None of the two can be said to be better than the other. It’s the feel and your stroke style that’ll determine which one is better for you. If you’re out for a new putter, you need to think about your stroke, feel, and the proper putter fitting. If you have a strong arc stroke and are looking for a great feel, then the blade putter might be the right putter for you.

The mallet putter will not give you the excellent feel of a blade putter, but if you have a square-to-square stroke, it’s your best option.

What is the advantage of a blade putter?

Blade putters are clubs that are designed for faster greens and allow golfers to get a better feel and superior distance control. With blade putters, you also get better accuracy on longer putts and more precision in feel, thanks to their optimal weight distribution.

They also have a simple and classic design, which traditionalist golfers have found great for their golf game.

Who are mallet putters best for?

Mallet putters are best for golfers who have square-to-square strokes and are looking for a very forgiving putter. Amateur and high handicapped golfers will find the mallet easier to putt. Golfers who play on golf courses with slower greens will find the mallet an excellent choice too, as opposed to blade putters, which are better for faster greens. 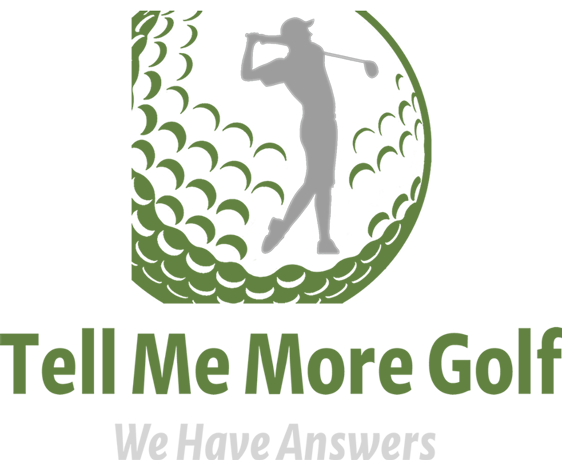 Both blade and mallet putters have their advantages. If you’re a high handicapper, your most likely option will be the mallet putter because it’s easier to play and highly forgiving. Mallet putters, like the Taylormade Spider S, have excellent alignment to help you become more consistent with your ball strike. Blade putters are great only if you have an arc stroke and don’t need the forgiveness that a mallet provides.